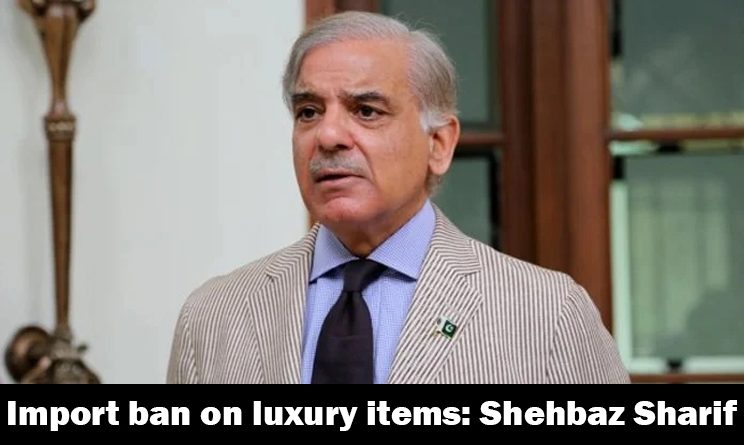 To avoid an impending breach, the federal cabinet restricted imports of approximately 41 products for two months, but the move appears ineffective, restricting the import bill at about $600 million, or less than 5% of planned imports.

Motor vehicles, cellphones, cosmetics, cigarettes, food, certain clothing products, and toiletries are all affected by the decision. The Federal Cabinet accepted the summary of the import ban by dissemination after a series of sessions at the Ministry of Finance and the Prime Minister’s office.

“My decision to ban the import of luxury commodities would save the country considerable foreign cash,” Prime Minister Shehbaz Sharif tweeted. We will enforce austerity measures, and the wealthiest among us must lead the charge so that the less fortunate among us do not have to endure the burden imposed on them by the previous PTI administration.”

He also stated, “Together, we shall face all problems with determination.”