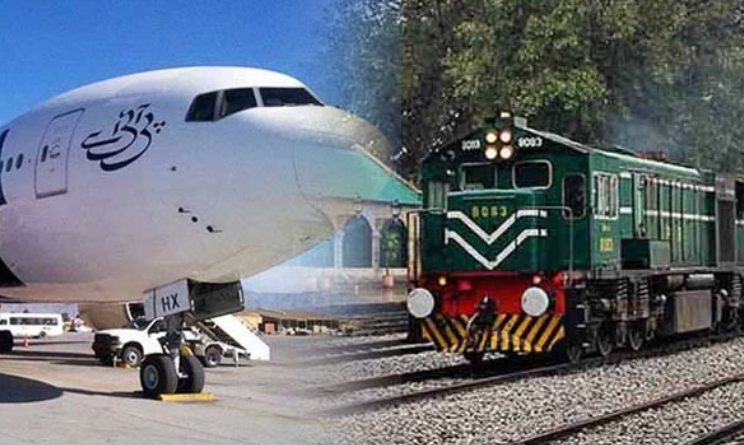 In an effort to ease the burden on the general public following the drop in the price of petroleum goods, Pakistan Railways (PR) and Pakistan International Airlines (PIA) have decided to lower the cost of their tickets by 10%.

Khawaja Saad Rafique, the federal minister of railways, made it clear in a video posted to Twitter today that the 10% fee reduction only applies to domestic flights operated by PIA and PR in the Economy and Executive classes.

He stated that 90% of PIA passengers and 94% of PR passengers both fly in the Economy class.

According to Minister Rafique, the discount is only valid for the following 30 days and the new pricing will go into effect after 12 a.m. tonight. He added that the notification of the discounted travel rates would be released on July 17.

The minister further stated that the Civil Aviation Authority (CAA) will direct private airlines to lower their prices as well, and he urged provincial governments to issue similar instructions to local transportation providers.

The All Pakistan Public Transport Owners Federation (APPTOF) announced a 10% reduction in ticket prices for public transportation between Lahore and other cities in Punjab on Friday in a related move.