Home › Fashion › What would be the future of clothing 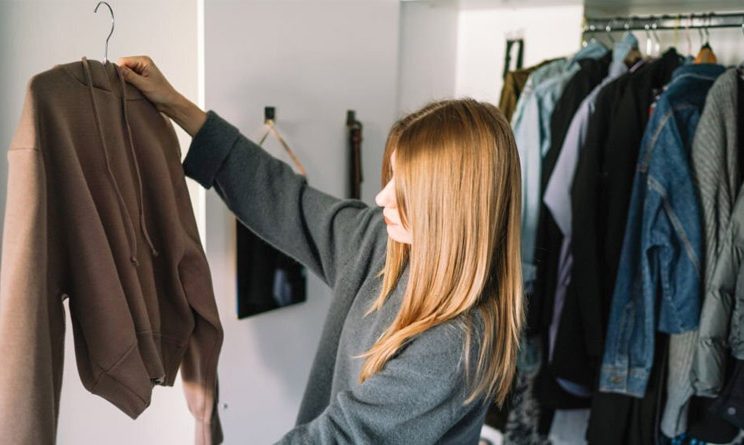 We are on the verge of establishing a new world order. The future is both frightening and enthralling. It appears utterly fresh yet strangely familiar at the same time, ironically representing images of utopia and dystopia. It will just depend on who is examining it and from what vantage point. Technology had already begun to undermine established hierarchies dating all the way back to the industrial revolution. The present global epidemic has effectively ended the old world order; to steal a phrase from Bob Dylan, the times they are a’changin’. While fashion may appear to be a frivolous pursuit at this point in history, clothing and our evolving relationship with it reflect a great deal about the direction the world is taking. Consumption is hardwired into our brains; fashion satisfies unavoidable psychogenic wants.

Clothing has historically been used to denote civilization, social standing, wealth, tradition, and culture. It has been shaped as much by climate as by aesthetics, evolving from a purely utilitarian necessity to one loaded with additional meanings and value. Clothing will continue to be a vital type of non-verbal communication in our society systems as long as humans care about appearances.

Given that our current societal institutions are collapsing at the seams, predicting how the new fabric will look once rewoven is extremely challenging. However, technological advancements are assuring that the future of clothes appears less aristocratic and more unbiased. Whether this is a positive thing – democratising fashion by transferring authority from designers to tech creatives – or a negative move – eroding the fun and delight of dressing up by removing variation – only time will tell.

Changing the Face of Beauty and Material Consumption 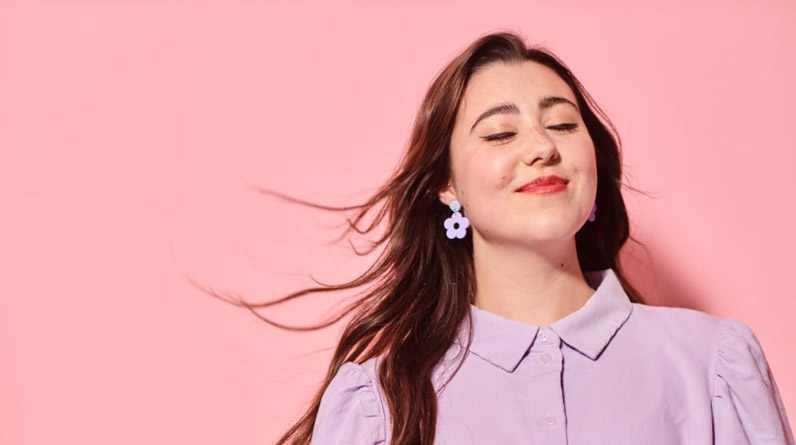 As we now exist, social media has revolutionized how we can appear without exerting any physical effort. Not only does it establish beauty standards, but it also makes it possible to look completely different each day at no cost. Filters that allow you to alter the colour of your hair and eyes, enlarge and brighten features, skin tone, and even clothing to some extent already exist and are free in the virtual world.

Why is this significant? Previously reserved for the rich, beauty and aesthetics are now arguably more accessible to everybody. Having flawless skin and blue eyes is as simple as swiping on an effect in today’s world: being beautiful (at least online) is no longer the exclusive domain of the wealthy or glamorous.

This has also resulted in a shift in the way we use material goods. Whereas the fashion in the 1970s, 1980s, and 1990s was to conceal imperfections with layers of make-up, the rise of social media ushered in a new era of beauty trends and standards. Not only has there been a shift away from makeup toward achieving amazing skin, but it’s also resulted in the widespread adoption of the healing/blur tool in photo editing software, which enables you to virtually “clean-up” your skin: fake it till you make it.

Due to the great velocity of content cycles, virtual virtuosos discovered that immaterial, digital manipulations are not only more cost effective, but also have a smaller carbon imprint. In comparison to filters on your phone that reflect your mood and aesthetic that day, material acquisition appears to be the smaller of the two evils for the time being. The flip side is, of course, the increase in narcissism, but when employed appropriately, it may be a game changer.

Recognizing fast fashion’s disposable apparel model, European retailers have even created virtual futuristic streetwear collections. Purchase the collection online and have the garments e-fitted to a photograph. You receive a whole new outfit for Instagram without contributing to environmental degradation associated with disposable garments. Immaterial and digital fashion allow firms to express their creativity and engage with consumers in new ways.

Given that the virtual world is gradually eclipsing our fundamental area of existence, it’s not difficult to see a not-too-distant future in which virtual beauty and fashion would mostly supplant physical things. The ramifications of such a transformation on our psychology, economy, ecology, and design are enormous and now unimaginable.

The Fashion Industry’s Transition to E-Commerce 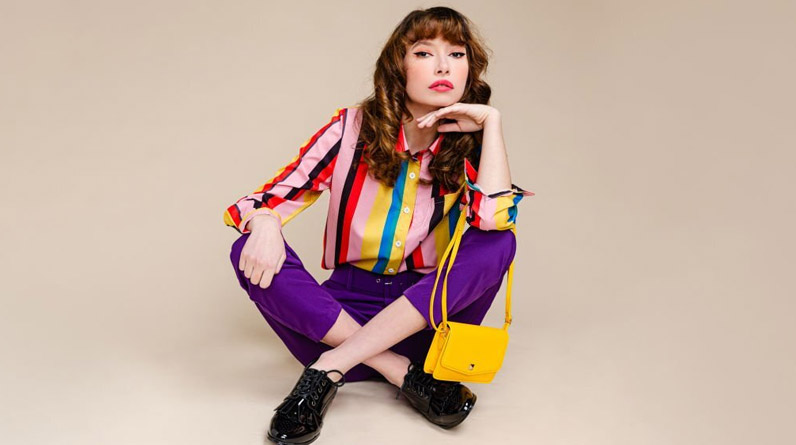 Almost every area of our physical industries has been altered by technology, whether in terms of production or consumption. We’ve seen the world shrink into our hands over the last 30 years, and now we interact with it via gadgets in our hands, controlling everything from the lights in our homes to the traffic lights at a busy crossroads via an unseen network of binary numbers.

Historically, fashion and technology have been mutually beneficial. Online retail is a big economy, and if the outdoors’ hospitability is any indicator of the marketplace’s future, very soon online retail will largely replace physical storefronts. By combining our need for immediate, easy access with the requirement for a highly hygienic product purchased with minimal human interaction, the fundamental concept of shopping is altering.

To gain a deeper understanding of how technology is affecting clothing, style, and industry, we spoke with one of Pakistan’s few visionary fashion mavens: Shahnawaz Chugtai of Guddu Shani, Pakistan’s finest digital fashion agency.

According to him, the garment industry has already undergone a transformation on a global basis. “Production processes are being digitised, and every decision a business makes now is data-driven,” he explains. “Whether it’s conception, production, design, marketing, or consumer-facing, everything is now digital. Businesses have ceased making physical prototypes in favour of 3D rendering, which is fantastic for lowering waste and environmental costs, but comes at a human cost. Humans are being displaced by automation as more production is computerised.

Heat sensor cameras govern visual merchandising in stores, where heat mapping identifies areas of high activity and things that aren’t performing well can easily be relocated to a more prominent spot within the premises. The entire process is automated; a programme analyses the data, determines which products go where, and sends an email to the store manager alerting him or her to make the necessary changes.

In terms of design, brands are increasingly collaborating on collections. Individuals desire the ability to personalise their attire, and businesses are adapting. Whether you look at Zara, which has used live listening technology to gather real-time feedback from customer observations on their collections and incorporate those changes into the next batch being produced, or a Pakistani brand like DYOT (Do Your Own Thing), which allows consumers to design their own clothes while sitting at home or anywhere else in the world,” he continues.

Additionally, Shani notes that marketers are mining data in order to personalise the experience for each user. “With the data retrieved from your phone, brands now have access to your preferences and dislikes. Once a brand determines whether you prefer bargains or luxury goods, you’ll receive a tailored notification alerting you to either a sale or an indulgent new release. This is already occurring in significant numbers in the developed world and more technologically advanced nations.

At the moment, marketing is transitioning away from physical executions and toward wholly digital efforts, and more firms are seeing the potential of moving away from traditional mediums and toward virtual solutions. This is not to suggest that virtualization solutions are inexpensive. Digitizing your business system is not a trivial task and demands a vision for the future rather than a profit-driven business approach. It is a one-time investment, and the brands that made the original commitment are now reaping the rewards as the old world economy crumbles.

Nishat Linen, Sapphire, and other brands have seen an increase in internet sales. Whereas merchants have been concerned with sustainability, these firms have seized the opportunity presented by the virtual marketplace. Consider the relatively young local business Lulusar; they have digital prototyping and a strong social media presence, as well as a clear marketing approach that interacts the audience on an individual level. Their initial investment will pay them in the long run,” he explains.

While it is undeniable that the quick fashion model is evolving, how does couture fare in today’s climate? According to Shani, couture has a bright future. “What is occurring now is a shift in business model. Previously, couture or expensive clothing was monetized on a per-unit basis. To earn a profit, you needed to sell a certain number of units. However, a single item will now be monetized several times.

Related: Is There A Future For Sustainable Fashion In Pakistan?

Although the concept of renting clothing has gained popularity, it is where the future rests. Consider travelling to Japan with only a carry-on because you may rent a full wardrobe for the duration of your stay, dress in more costly clothes than you can afford, display your style, and return without any collateral holding you down.

If this model is interpreted in terms of the Pakistani market, it appears as though the couture sector is considering bridals for rent. The younger generation has no interest in investing the amount of money required to purchase a car in an item of apparel, particularly one with little daily utility,” according to the Lahore-based communications expert.

What is beneficial to the

The environment may not be optimal for humans.

There are numerous issues, fears about human redundancy. While digitising a large number of material-based sectors has the advantage of reducing environmental effect (another pressing worry exacerbated by a worldwide pandemic), it also appears to imply that technology will eventually take over from humans.

There is no doubting that we have lost a great deal of art and workmanship over the years. The uniformity of mass manufacturing is unmatched by the human flaws that pervade handcrafted products: no two are identical. Handcrafted shoes, hand knotted carpets, and painstakingly, often blindly (quite literally) exquisite, complex hand embroidery: handcrafted is today a pricey, discerning luxury, and the craftspeople have been hit hard by the drop in demand.

There are other smaller enterprises operating on the outskirts of the fashion industry, particularly in the subcontinent. The raffu wala, the cobblers, the lace and button stores, the plazas strewn with loose fabric, the peco wala; with cheap throwaway clothing, something soulful, sentimental has been snatched away from clothing’s beauty. As the world draws closer to a virtual reality, there is no disputing that art, livelihood, and the personal touch will be lost.

However, just as the industrial revolution aroused comparable fears of human redundancy, the future is not a fight for Manus x Machina, but rather hinges on integrating the people into a new system. Is it possible for a machine to conceptualise a magnificent couture gown on a par with what the human mind is capable of? No, but it may and does assist in the transformation of that concept into a beautifully finished, fitted garment.

To be perfectly candid, these developments only scratch the surface of how drastically technology will alter our lives. Third world countries like Pakistan, which are already economically precarious, will struggle to stay up with the innovation and changes sweeping the globe, but the effort to keep up will also define our survival. While mindless, irrational, and destructive consumption may not be curable, it is conceivable to manifest the product in an augmented reality setting for increased advantages and less environmental effect. The future beckons. 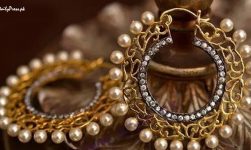